I’ll begin by disclosing that I had no idea how much time I wouldn’t have at SXSWi for things like, oh I don’t know, blogging. Or sleep.

This is why you’re getting one lump summary of my ensuing experience, which might more appropriately serve as a sigh of relief that, yes, it was indeed a truly valuable experience.

When you’re tackling a conference that offers 15-20 sessions per 1.5-hour time slot, you have to commit to a strategy or random wandering. It’s just the way it is. I found that both strategies, employed as appropriate to my energy level, served me well.

SATURDAY: I tried to hit all the marketing sessions, since I’m so very marketer-y and branding-y these days.

My favorite: Client Knows Best? How to sell Unsolicited Ideas

Takeaway: Don’t go to the marketing sessions. They tend to be run by marketers who are marketing themselves.

SUNDAY: Got up a little late.

Takeaway: Whatever the session, there will be things you can takeaway and learn from.

Runner up: The Thank You Economy 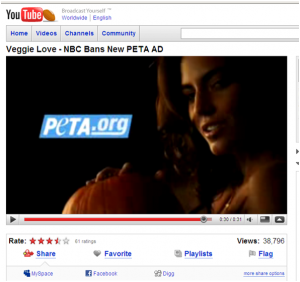 Takeaway: Let the gravity do its job. The sessions that you’re drawn to, will likely be very useful.

As I draft this, I’m 30,000 ft in the air, on my way Austin for my first bout with SXSWi. I don’t believe much of the hype, and as I’m sitting on the plane perusing the schedules and recommended sessions (with my inflight wifi), I can’t help but feel a desperate need to make this as valuable an experience as possible.

Sitting between the window and a sleepy couple, purposefully dehydrated so I don’t have to use the plane restroom, I find myself haphazardly constructing a schedule of branding/marketing/food/social/mobile/innovation/entrepreneurship sessions that avoids the following scenarios over the next two days:

While I’m hearing that the overall is increasingly trite and has lost touch with its indie/innovation roots, I feel almost paralyzed by the potential of this conference. The session schedule alone is a daunting vortex of… jeez, who even knows.

SXSW seems be like a trip to that amazing vintage store you keep hearing about. By the time you make it there, you just stand at the entrance, summoning the energy to dig through racks and racks of potentially amazing gems of awesomeness that will inspire months and months of creativity and ideas.

Maybe all three scenarios are inevitable, and really, the charm and POINT of SXSW… And that’s why creatives, designers, developers, entrepreneurs and generally interesting and interested people keep coming back.

I’m going to get back to planning my schedule. But here are the first few gems I’ve found: